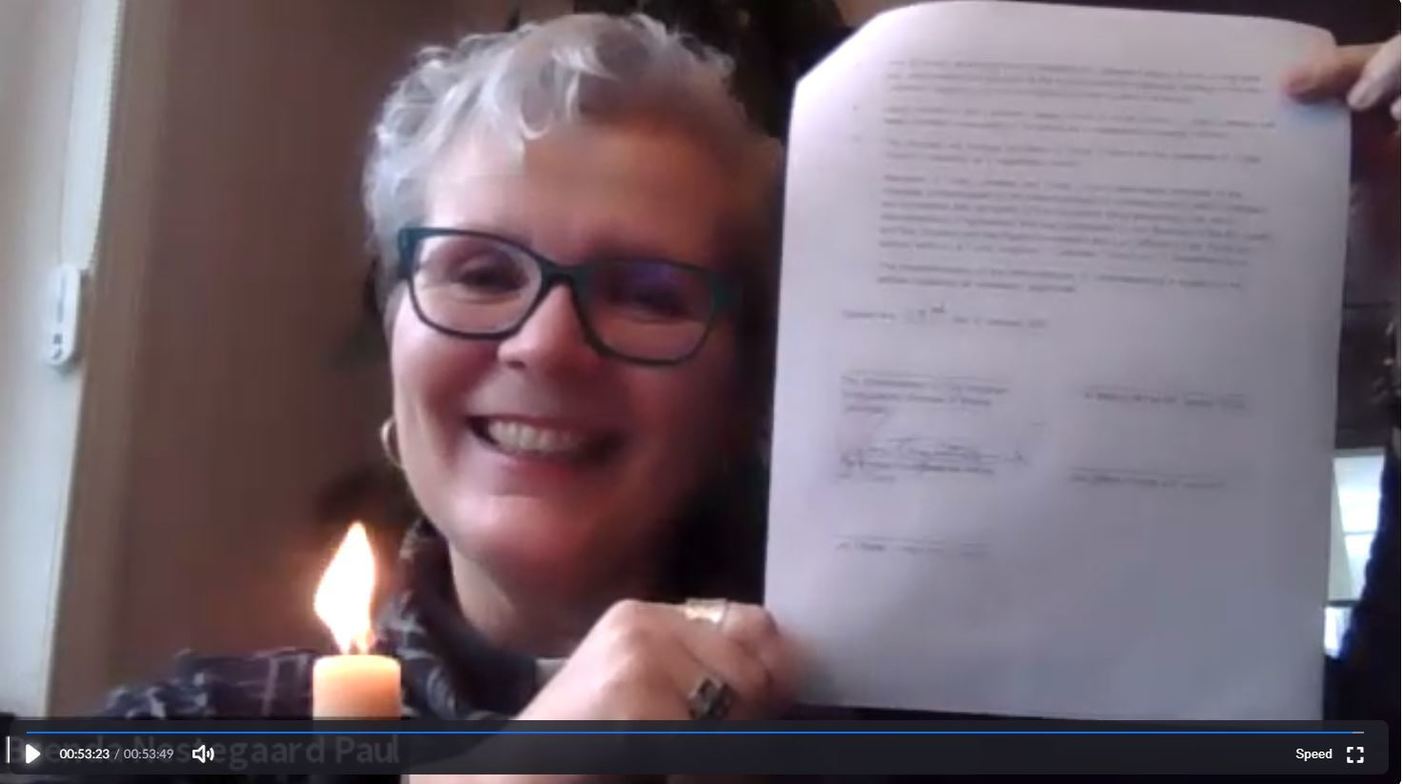 Beginning in 2000, the people of St Alban's Anglican and Christ the King Lutheran crafted a covenant to function together as a parish, sharing a building and a priest/pastor.   The Lutheran church building was sold with the future ministry stemming from the Anglican facility.  From  its inception, the two congregations found themselves functioning day to day as one.  The foundation for this ministry was laid by The Ven Dianne Tomalin andThe Rev Patrick Tomalin.  All came together for one Sunday morning Eucharist, bible studies, and more.  The liturgies of both traditions were rotated.  The two women's groups came together as All For One.  Mission and ministry was done together.  Three years later the members of All Saints Anglican asked to become a part of the covenant as well.  The two Anglican congregations merged to become Trinity Church and Christ the King was re-named Trinity Lutheran Church.  Trinity Anglican Lutheran Parish was born.

Through the years, the relationship between the people of these two congregations became ever more intertwined.  The richness of both church traditions was honoured and shaped the whole community no matter how individual members self-identified.   Pastor Brenda said "By the time I arrived as their pastor in December of 2016, it was seemingly redundant to have two councils, two different envelope secretaries, two separate parochial accountings, to, indeed, artificially maintain any kind of idea that people had deep L's or A's emblazoned on their foreheads.   Over time, Trinity parish had become one Trinity congregation, informed and shaped by both traditions.  It's like when a couple comes together in marriage where, over time, differences become softened, as that which each brings into the mix impacts the other and is appreciated.  Those who are a product of the union might identify sometimes more or less with one parent's background over the other, but both are valued.  It's the relationship together that becomes most important."

As one who began her ministry in September of 1999 with her clergy spouse, serving a Lutheran congregation and an Anglican parish that had signed a covenant to minister together ahead of the Waterloo agreement, Pastor Brenda finds this stepping stone of full communion deeply resonant.  "With this signing, together with the people I serve, I am celebrating what can happen when we as Lutherans and Anglicans can fully embrace the gift we have in each other when our focus is simply to love as we have been loved, welcome as Jesus welcomed, serve together as our baptismal wash identifies and calls.    Thanks be to God!"

In person worship suspended until April 12

And Immediately! Listen to Him! All Part of God's Rainbow

How to Reach Us