Trinity's Cross is Up and Lit

Symbol a welcome sign that lights up the darkness 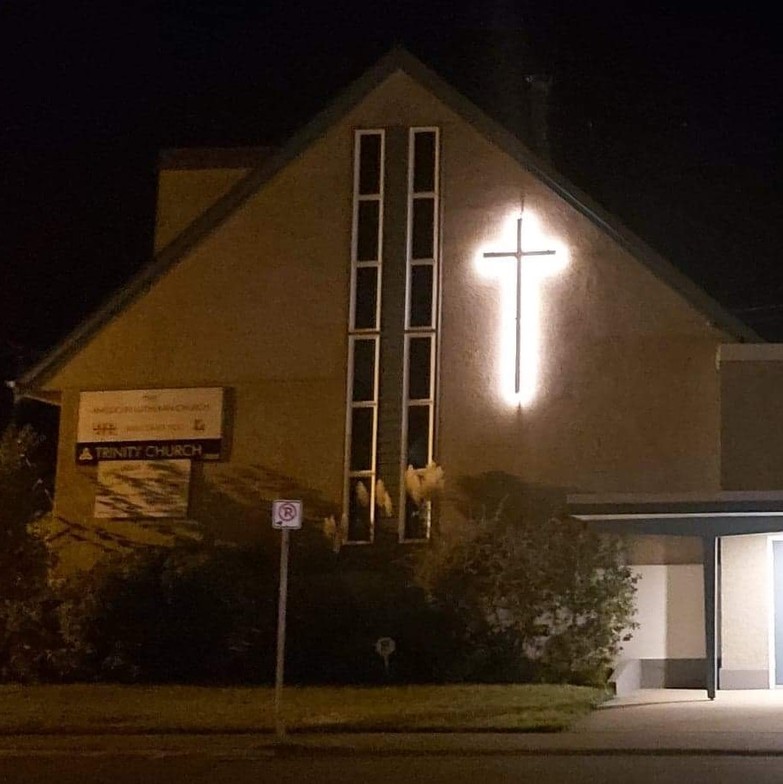 Trinity Anglican+Lutheran Church has a cross once more on its builiding!

No one seems to know exactly when the last cross was on the facility, but it is known to be over 20 years for sure.  About two years ago, the current incumbent, Pastor Brenda, began asking questions and wondering aloud if we could use memorial dollars to place a cross up on the 5th Avenue side? She had discovered that many people in the wider community did not know what the church building was and/or used for.  The placement of the cross would be a visible, obvious witness that would make the building's reason for being very clear.  The Council agreed.

By February of this year, it was built and ready to be hung but then came the pandemic.  As a bucket with two persons standing very close together was needed to raise the cross, its hanging had to be postponed.  New arrangements were made at the end of September but then there was a storm that scuttled the hanging.  Finally, at the beginning of October, all went according to plan and the cross was hung.

As people have seen it, especially at night, they have described it as a moving experience.  As one person was heard to have said, 'maybe it took until now for us to truly appreciate what it means for us, for all of us'.

A light in the darkness.  Thanks be to God!

Come and See Aglow with Love The Word Born in Us

How to Reach Us